Just a block over and down the street is Shealy’s, the other Midlands BBQ institution. 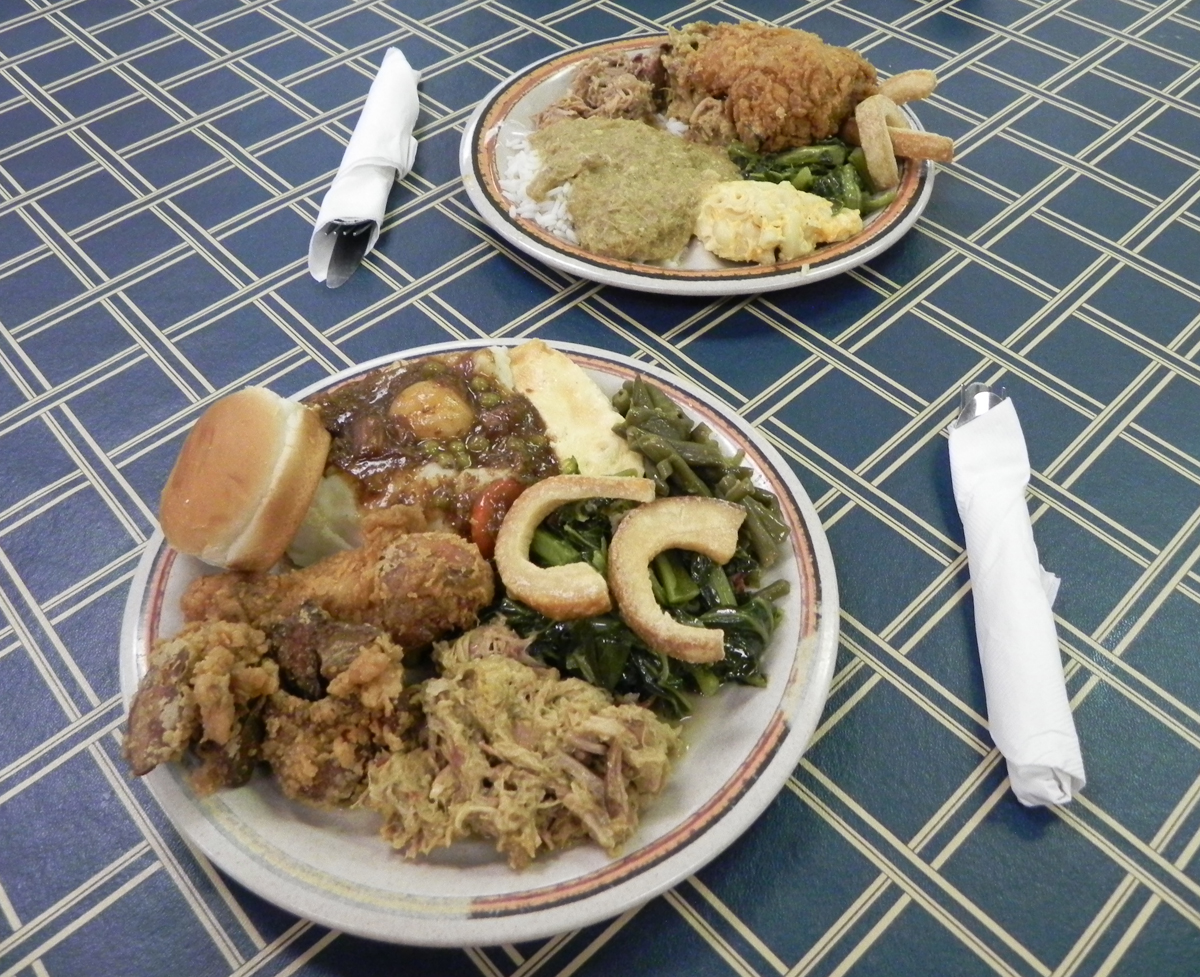 We showed up just before opening time, parked the Barge around back and marvelled at the lineup of Shealy’s delivery and catering trucks. Not small-time any more. Service was starting for the day and fortunately we were just in time; in a half-hour buses pulled up carrying groups from other towns!

In direct comparison to Jackie Hite’s, the standard pulled pork was moist and tasty, more moist and more tender than Hite’s. I understand that Shealy’s uses butts and Hite’s does whole hog and that’s probably why since there’s no lean meat. The chopped mustard-sauced pork was great but was more mustardy than Hite’s.

Fried chicken was equal, as were sides.

Hash is another Midlands treat; Shealy’s hash was great and a little more mustardy than Hite’s. The difference in mustard taste between Shealy’s and Jackie Hite’s isn’t  tremendous but it is there.

Nanner puddin! It was exactly as good as Hite’s and if possible even a little fresher!

OK, brass-tacks time. Comparing these two 100-mile BBQ joints about a couple of blocks from each other, Shealy’s wins by a nose for the better pulled pork. I’m not real sure why anyone would go to a Leesville BBQ joint for pulled pork while their specialty is mustard-sauced chopped pork and hash, but there it is. We stuffed ourselves to the point of exploding knowing that we wouldn’t have BBQ this good for a while.